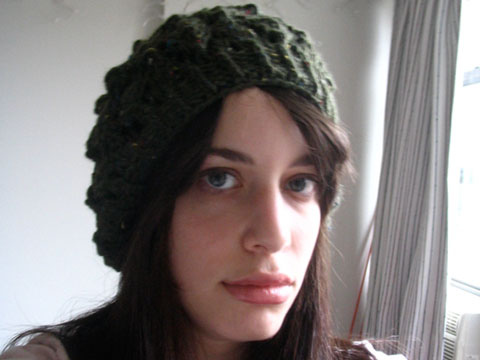 The pattern for this hat was easy; modifying it to get the perfect fit took effort. I saw this pattern in the fall Knitty but it didn’t register until I saw Cirilia’s version and I was blown away by the hotness. In the first trial I knit it flat on size 11s because 11 straights were the only needles I had above an 8. It was a massive disaster. I finally caved and bought some size 10 circulars but they were 29” in circumference, so I cut them and taped them together and knit the whole thing very cautiously while watching The Birdcage and a-movie-which-shall-go-unnamed with my friend Mitali. As per the advice on Ravelry, I knit the crown for the “not-chunky” version and did only 1.5 pattern repeats, though I wonder if I could have gotten away with only one. I decreased every other stitch and then knit six rounds of twisted rib LIKE CIRILIA DID on size 7s. And I’ll be honest. I thought this hat came out horribly and I was so disappointed until I straightened my hair (I have very curly, voluminous, and silly looking hair). It/I look a lot better now.
The yarn I used came from a massive sampler donation from Cirilia (I officially have a ‘stash’ now!), it’s this gorgeous chunky olive tweedy stuff, I’m not sure who the manufacturer is but it is absolutely perfect for this hat. Cirilia Cirilia Cirilia! 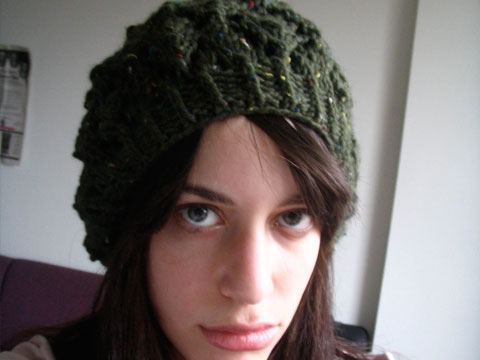 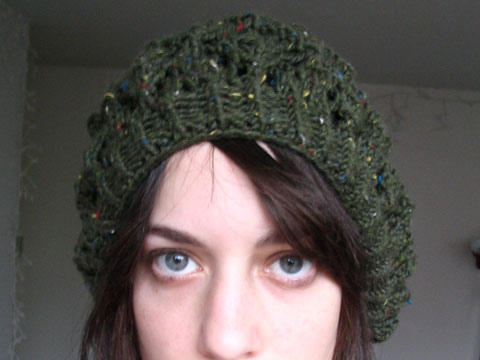 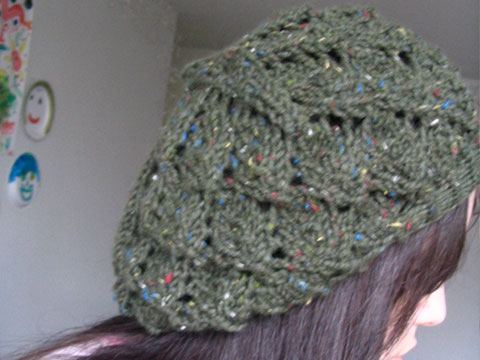 My hat without me.

The best(?) part about this hat is that if I slouch it forward it becomes a newsboy hat! 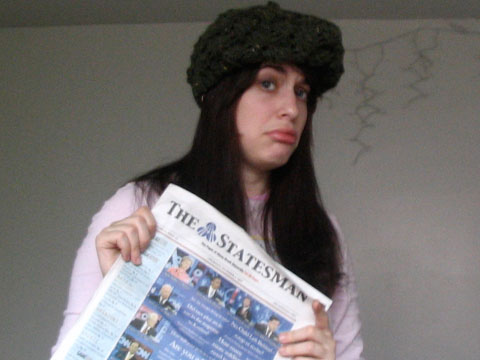 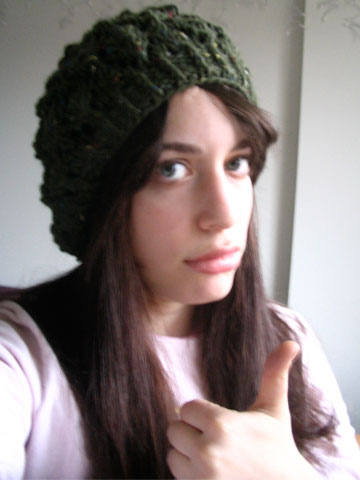