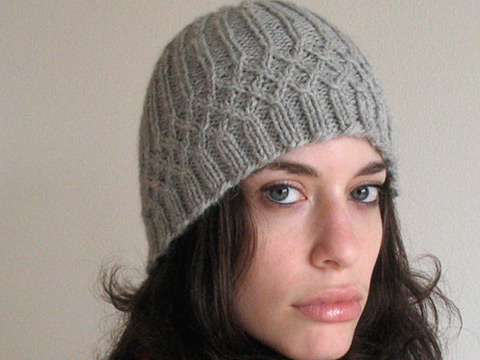 Here’s a hat for a family friend. Ricky is the eldest son of one of my dad’s longtime friends and if I ever met him, it hasn’t been in the past 10 years. Three years ago I knit my brother a red hat with a pom pom (he lost it immediately) and thus it followed that Ricky wanted a hat. He wanted one in black (or was it red?) with (or without?) a pom pom, and thus it was clear what I had to do: wait three years, and then make a warm gray cabled hat in natural fibers for someone who lives in Southern California.

Instead of knitting it on 4 and 6s like the pattern specified, I knit this hat on 5s and 7s, and added half an inch of hat length in addition to lengthening the amount of ribbing before the cabling. Most adult males think they have freakishly large heads but it’s really because hats are made too small in an effort to be unisex, I think. I also didn’t twist the knit stitches anywhere because I missed that part in the pattern and didn’t feel like switching over inconsistently. I love the hat that this pattern produces. It would suit anyone at any age of any gender and in the right color, can be youthful or mature.

The yarn is Elsebath Lavold’s Calm Wool which is 40/30/30 wool/alpaca/camel. I got it on sale, and it’s very luxurious. When I tested the hat on one of my gigantic friends (to make sure it wasn’t TOO big) he said he could tell that the yarn was a good quality. 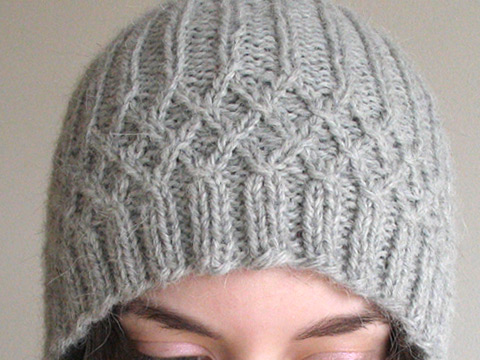