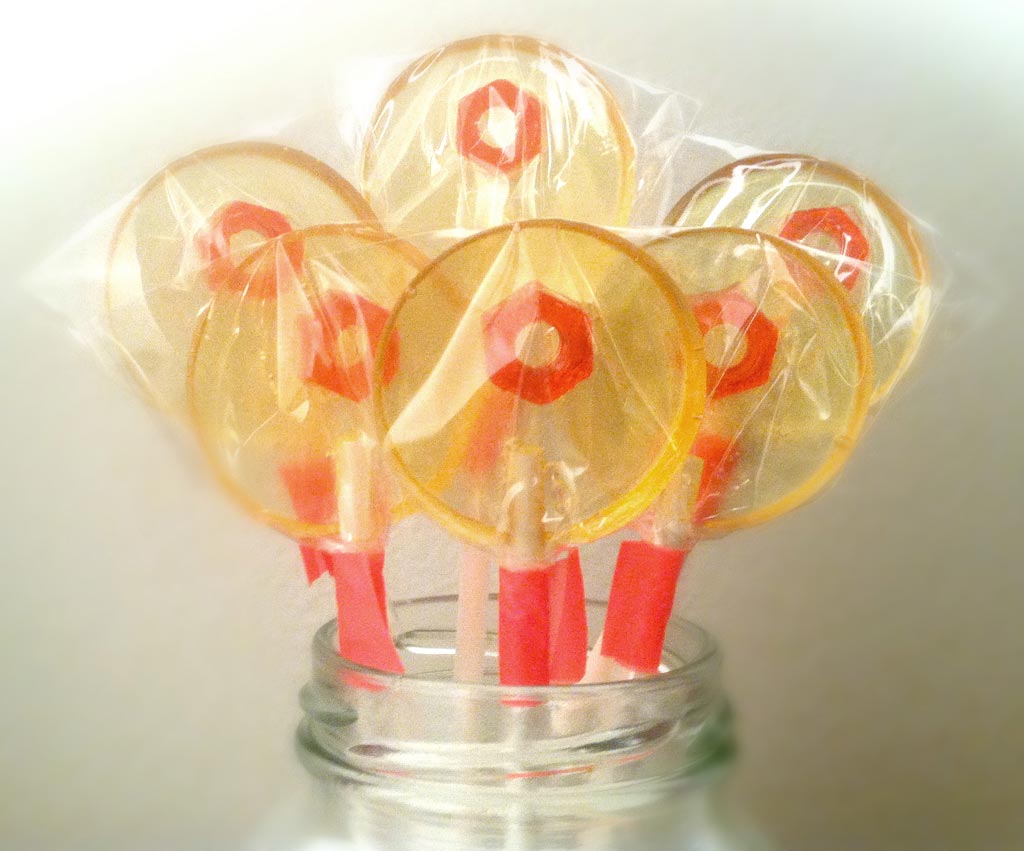 I made a large batch of over 300 lollipops for the attendees of Build this year and they were so much fun! A few people expressed interest in how they were made, so here’s a brief overview of what I found interesting.

I started with nylon hex nuts which can be bought at any hardware store. Metal hex nuts have a more pronounced bevel, which isn’t as true to shape as the logo. I cast them in food grade silicone. That was the least interesting part, but may actually be the answer everyone is looking for.

I pulverized hard candy in a food processor, then ground it to an even finer powder using a mortar and pestle that was, prior to this, for display purposes only. Using a quarter teaspoon (though a 1/8th tsp would have yielded less waste but I don’t own one), I filled each cavity with the powdered candy and tamped it down using the convex side of the spoon to pack it tightly, and the rim of the spoon to clean up the edges. I microwaved each mold until the candy just started bubbling for viscosity’s sake, then removed the molds to cool. 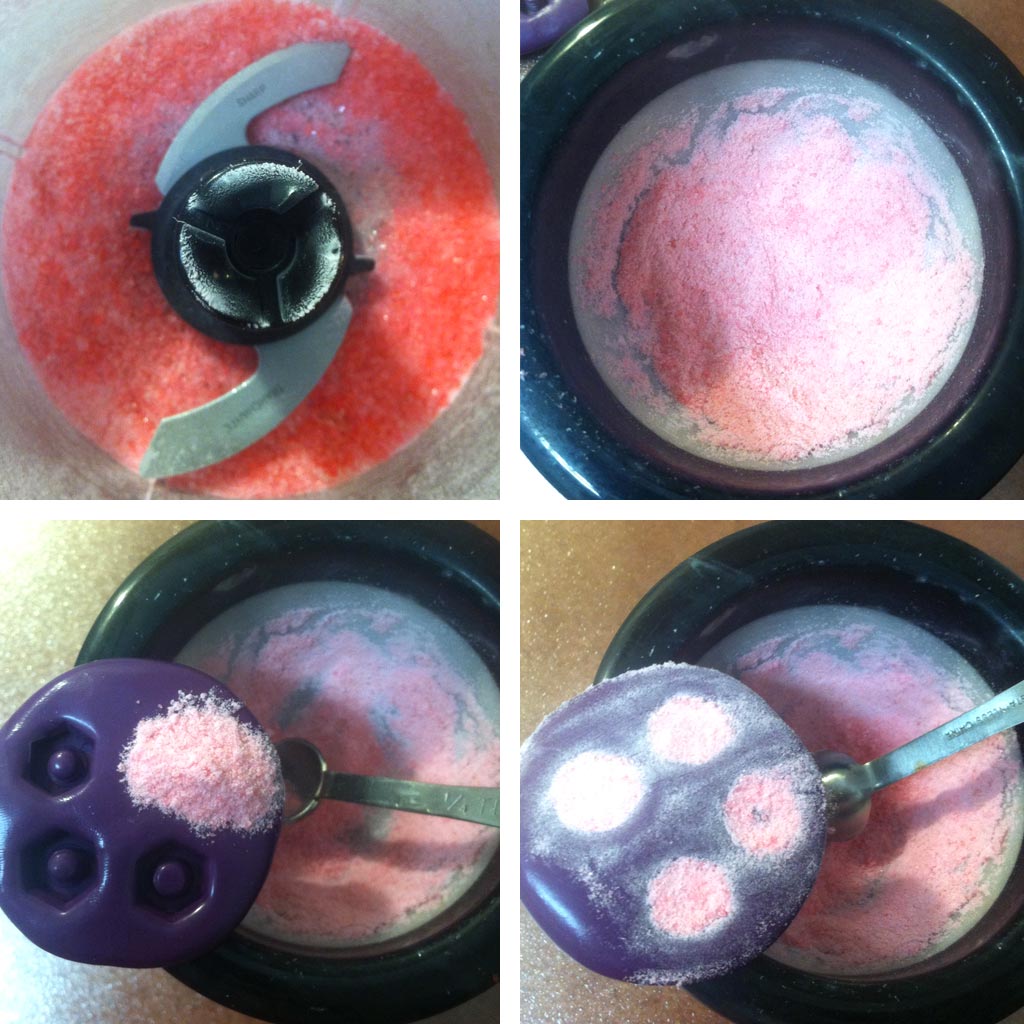 Once the molds were cooled completely, I repeated the above step twice more to build up a thicker shell of candy. It was important that the candy cooled completely in between building up the shells, or the heat given off would warm the powdered candy and cause clumps, which made it more resistant to tight packing in the molds. This translated into air bubbles in the mold, which meant shapes with less fidelity to the original hex nut.

After cooling the molds a third time, I expressed the candy shape out of the mold and filed down the edges. 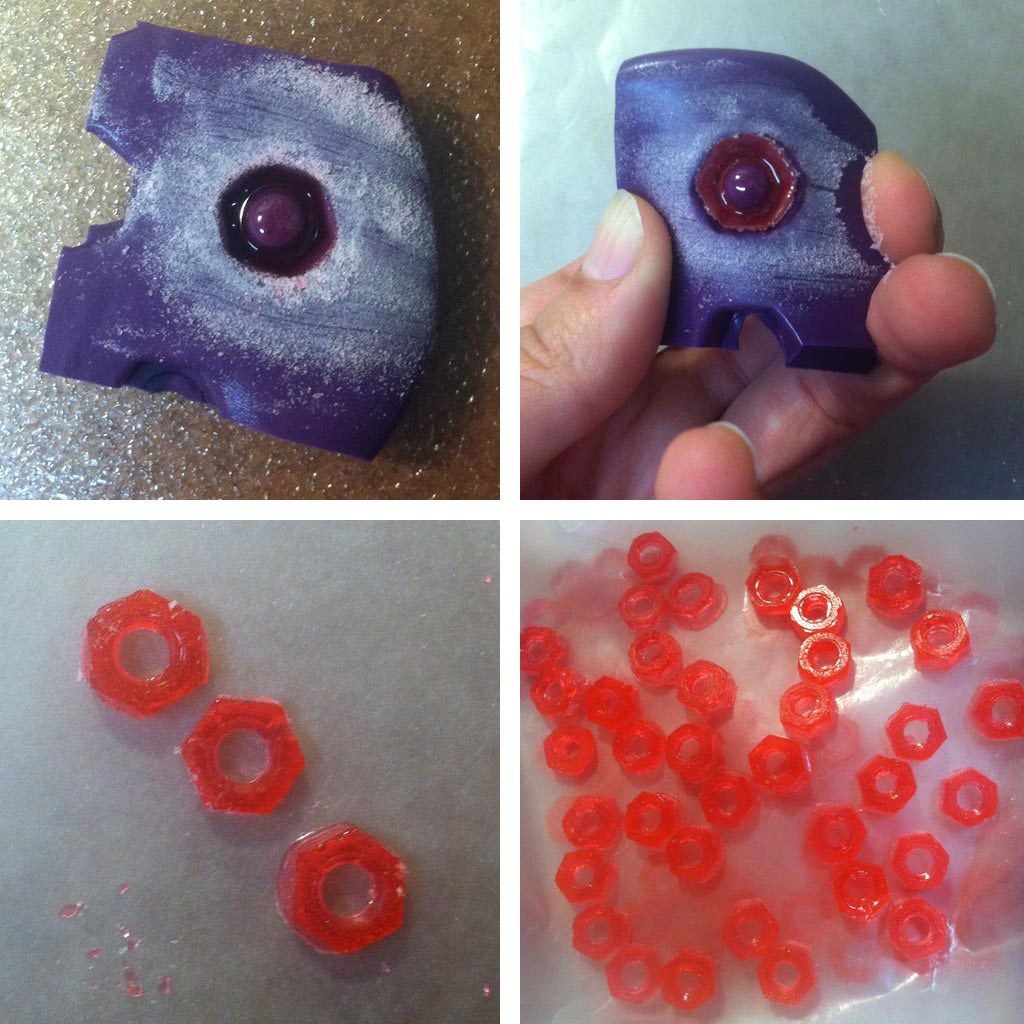 Hard candy is incredibly hygroscopic, which makes Portland the worst place in the world to make hard candy. The hex nuts needed to be stored away from moisture and heat, so I stored them in an airtight container with a food-grade dessicant in between layers of wax paper. Still, I noticed after a few days, some hex nuts started getting pockmarked on the surface, and after a few days more, they started losing their fine edges as they absorbed water, which would have made them appropriate for O Conference, but negatively impacted my overall yield for the Build lollipops. I must have made over four hundred hex nuts at a rate of about 30 an hour, as I had nine molds.

I then made standard lollipops, and when they were almost hard, I gently tapped each hex nut into place using the blunt end of a tweezer I only use for candy. If I did this step too early or poured the lollipop too thick, the hex nut would sink and then melt, and the whole lollipop would need to be discarded.

For the love of sucrose, anything can happen. Wear goggles.

Listen to audiobooks to keep your mind engaged.

Cover your surfaces with wax paper or parchment paper or use a glass cutting board as a stage for your materials. 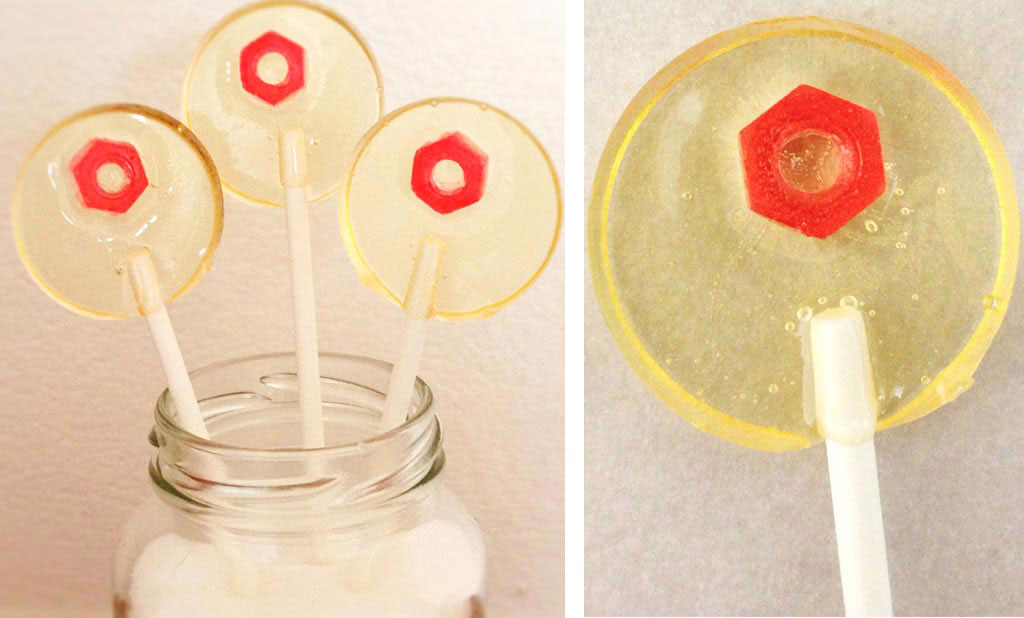