Seriously, you don’t even want to know. I bought this yarn in spring 2006, started the Jaywalkers like a million times, ripped them completely a million times, started again in February 2007, ripped them completely, started again somewhere in April 2007, ACTUALLY GOT PAST THE HEEL FLAP, and then ripped them back completely because they were too big. I cast on again on size 0 needles (my feet are a six!) and finished them. The yarn I used is a Knitpicks yarn and thank goodness it’s discontinued. AS AN ARTIST it offends my sensibilities. I finally finished them in the middle of July. I decided to overdye them very slightly with indigo RIT, but even though I am 15 credits away from my degree in chemistry I forgot all I learned about making solutions and ended up dyeing them completely blue. I spent an entire day agitating them in water that burned my hand and a ton of TIDE with Bleach Alternative and now I have slightly felted, mottled gray Jaywalkers that shrank even further. 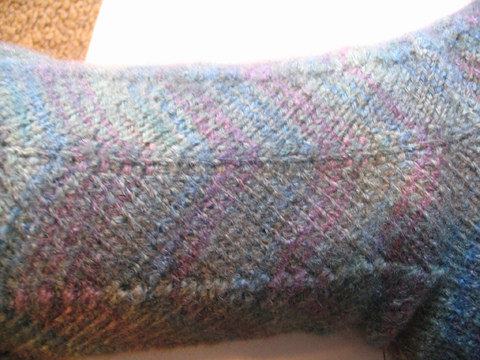 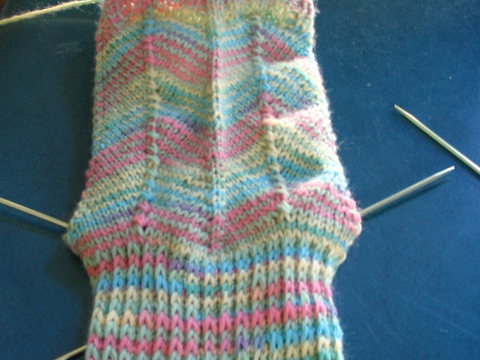 The yarn in its natural state.